On the 22nd of June, 2022, I facilitated a past life regression (QHHT) with a client in the USA. He told me that he had previously tried two past life regressions before but had had no results because of blocks, so nothing had come through. In our session he immediately reached the somnambulistic state, went deep and didn’t recall anything when I brought him out (except for his cat).

His first experience was as a being with tentacles in the ocean on another planet. Then he was a monk in a monastery, a soldier in world war one and an orb in the form of pure consciousness, during a very long period of time in Lemuria. These all took place before I asked his higher self questions, including those touching on these earlier experiences and the ones he brought into the session.

Many of my clients have lives beyond the human form. I think it’s important to see examples of this as it can help us understand that we are so much more, but also that there is individual consciousness within much of what we sense and interact with in our world today which helps build compassion.

In this video I’ve included the full life as the tentacle creature, the full experience as the orb in Lemuria, and some information shared from the questions I asked his higher self.

With the life in Lemuria (13:10), at the time they were using an energetic crystal grid which was a source of power, allowing their air vehicles to function along with a number of other things. This grid was inherited technology, therefore they didn’t fully understand it and started experimenting and attempting to do something similar to what is taking place today with the hadron colliders, specifically CERN and another one that is not known about by the public.

These experiments led to destruction as a result. Major earth changes occurred, causing the upheaval of the land and loss of life. As it’s explained in this video, that’s not the case this time around.

The YouTube upload link is below, but you can also find the session on Rumble here. Don’t forget to subscribe to my YouTube channel right here, and my Rumble channel here if you’re on there. 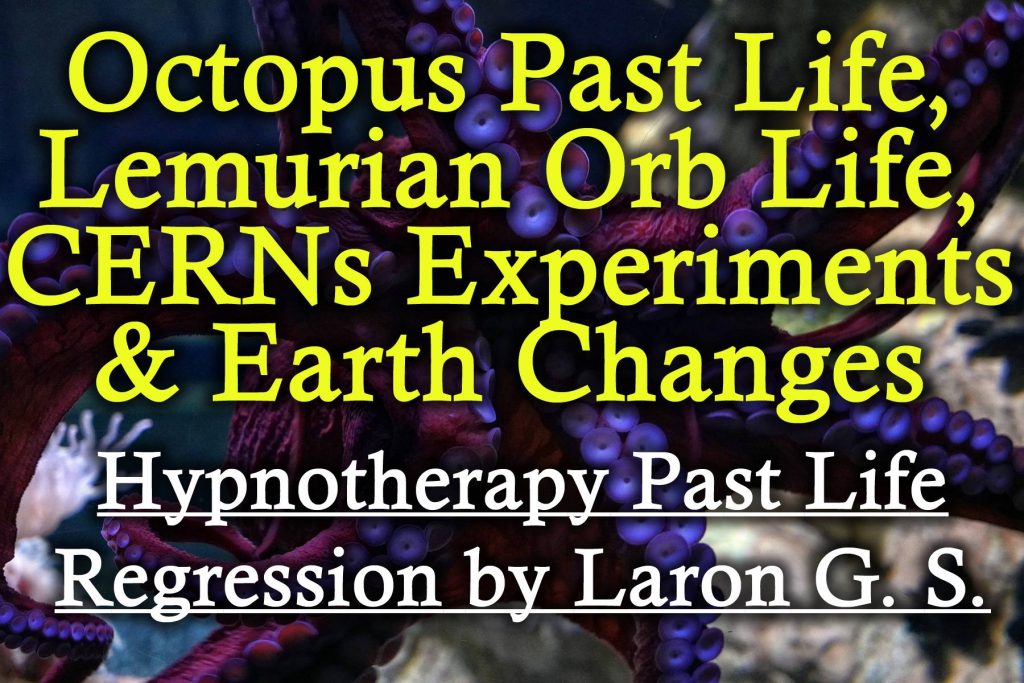