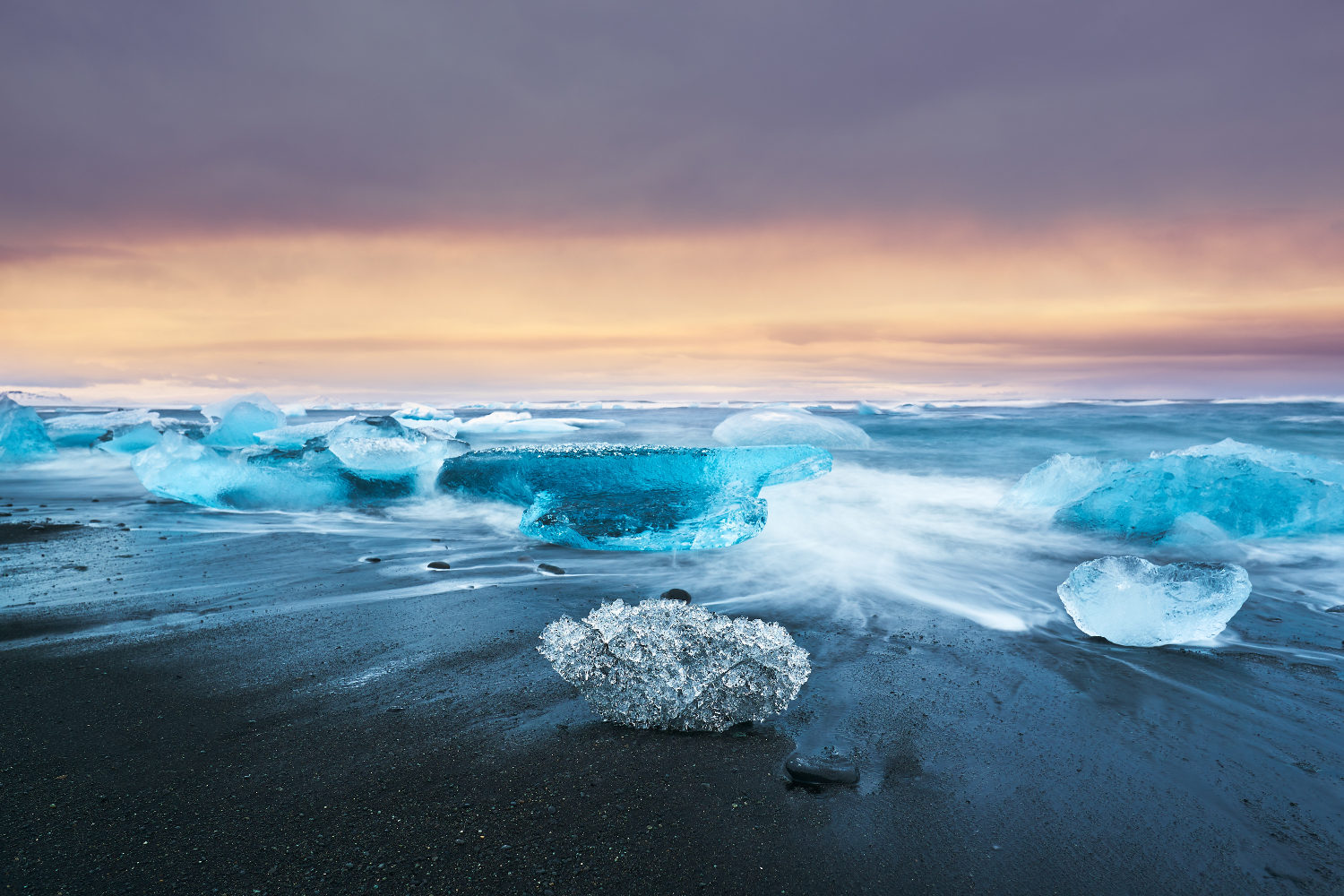 A common theme has been parallel lives, where in past years they were rare within my sessions. This really fits into new information coming out into the global consciousness while the timeline shifts intensify in connection to the new earth and shift in consciousness.

I’m sure many of you out there are noticing great changes around the world, especially in the last few months.

After pulling her blanket up, her body slighted shivered, as bubbles surrounded by darkness burst and reformed in mind’s eye. Beyond, light began slipping in slowly. I was thinking this was a strange one—where is this QHHT scene leading? After realizing she was inside one of these bubbles and that a strong vibration was rippling through her body, further questioning indicated the client was in an iceberg. A water molecule within an ice crystal, having a conscious experience, was what she was shown for her first ever past life regression. From there, things got even more interesting.

An active volcano caused the iceberg to begin to melt. Sunlight began to shine through under the depths, reaching her location.

The journey was at a speed one would expect from hitting fast forward on a remote control. Traveling out of the ice and into the ocean, the land eventually absorbed her. This existence helped her to feel part of life’s creation on land, within nature, as the growth of flora. The direct experience made an impact, helping her see that it was not just the sun that provided the energy of life, but also the water.

A bee landed on a purple flower that she was now residing on. While collecting pollen, she somehow transferred onto the bee, which flew off, over the land, providing her with a large perspective of everything. A new island had just formed.

Moving on, she found herself collecting ingredients from plants in a forested area, as a female in her 30’s, who was part of a nomadic village. Later on It was explained that this was an extension of the first experience, assisting her to understand how the plants and their consciousness provided forms of healing in her current life, as well as this one. Wearing a leather dress, she finished gathering and returned to her people, and children. She was a type of medicine lady, preparing what she collected into teas, salves, and leaves that were chewed. After preparing for a ceremony that evening, and applying a salve to a wound on her side that she suffered from a bore attack (which happened to be the same place on her body she had some pain which she mentioned before the session), the men of the village returned from a hunting trip. Afterwards the ceremony took place. They drank the tea, which had a plant ingredient with the hallucinogenic effect for some. This helped the people tap more into their intuition, based around their intentions, to learn information. The hunters were shown the best hunting spots. She was taught more about the benefits and use of the plants. (As someone who has experienced San Pedro / Huachuma and Ayahuasca in Peru, I can very much relate to this exact experience)

An important moment in this session, later on, was a crystal temple, existing very far away from Earth in another realm and dimension. She was part of a council of light beings who received souls from other realms/worlds/planes, where they were then healed. As a guardian, her role was to decide who should approach them for healing, but also to access the sacred water of life. A process was provided which I will transcribe eventually, to help people reach this space to make a request.

So what really stood out here—which wasn’t the large crystal hovering above a wooden table in the room that allowed the council to travel anywhere they wanted, and which I used to connect her to her higher self later on—was that this council had the responsibility of giving out the sacred water, which they were the caretakers of. Beings would come in groups to request access to this water of creation. They would take the water with them to spaceships to seed life on other worlds. She was shown one of these worlds and how it was used.

The client also had two major health issues that were of focus, with information being supplied on why they had come up. Healing took place by higher self. 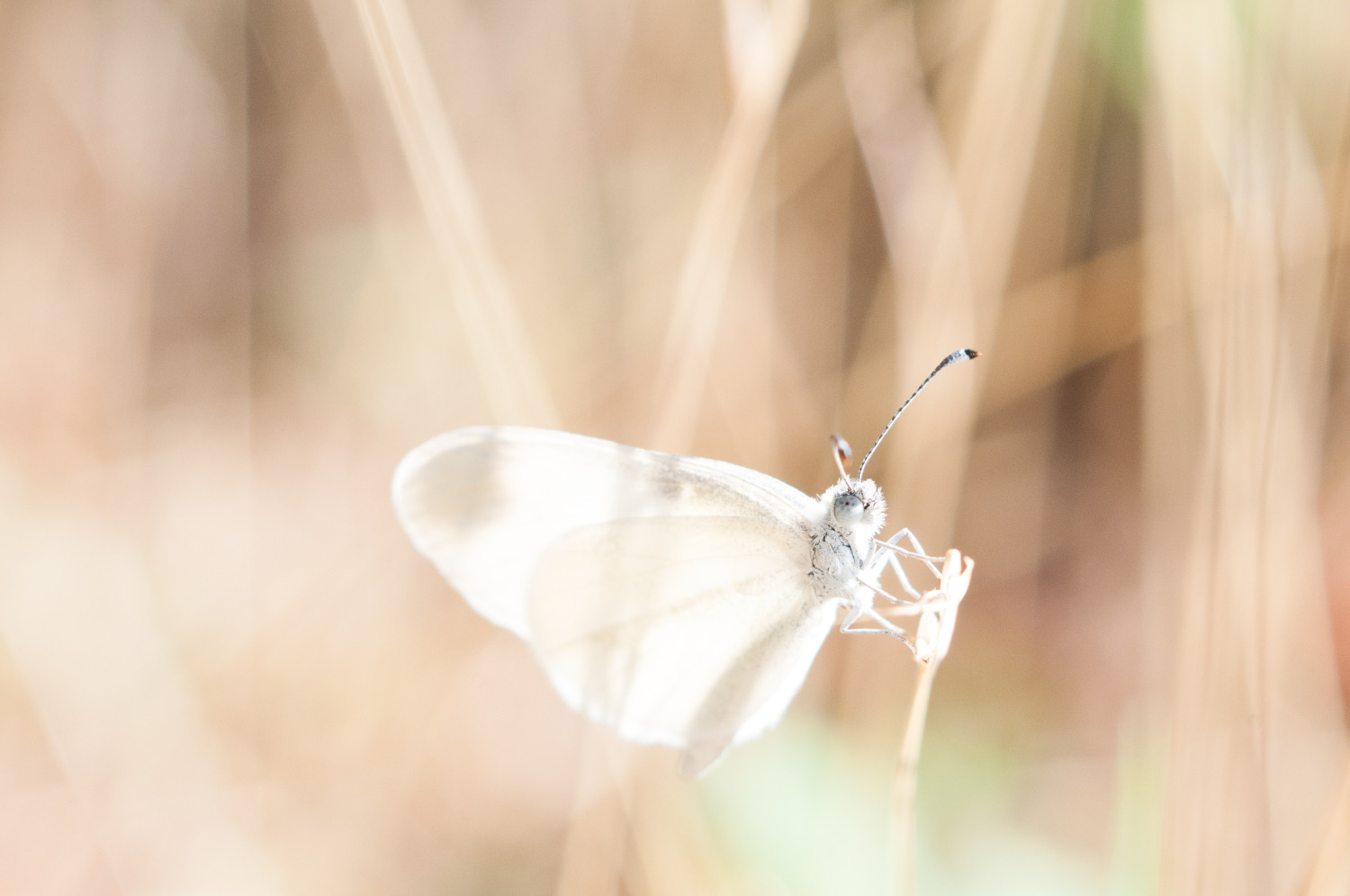 My client said, “The growth of wings to release fear,” to describe the impact of having experienced 20 years in her future where she was happy, traveling and performing talks on stage worldwide. In today’s QHHT session she started off as a female in her 30’s, climbing a mountain surrounded by a desolated landscape, having made the difficult choice of abandoning her two children and partner while doing her best to escape a bad situation (she never saw them again). Later on she was an intimidating lawman, covertly an outlaw, walking into a Saloon in a western setting where she fought and then shot a man over a romantic interest. “I was not a very nice person”, she told me later, “I didn’t like him.” An old lady living the life of a hermit came up next, with her enjoying the serenity of nature while rocking back and forth in a chair on the porch of a log cabin she had built.

She was guided back to a scene in her current life relating to the upbringing of her brother, before she was actually born; this brought with it much healing and understanding around why she has been treated the way she had, by him and her parents.

After the end of a life that came up, she found herself in a garden with a variety of potent flowers where her spirit form began to become even lighter than her death experience. A white butterfly kept her company. This was a resting place and healing center in the afterlife. From there a quick shift occurred.

A very large pyramid began to surround her, with the inside walls covered in symbology—many shapes similar to microscopic snowflakes. They represented lessons and knowledge learnt from moments within each life lived. The corners of the pyramid were endless. She was a big ball shaped energetic consciousness. Individual forms started to appear around her. They were other experiences/lives lived, and were actually her and her higher self.

“Welcome home”, comes to mind, as I conclude this QHHT session summary. 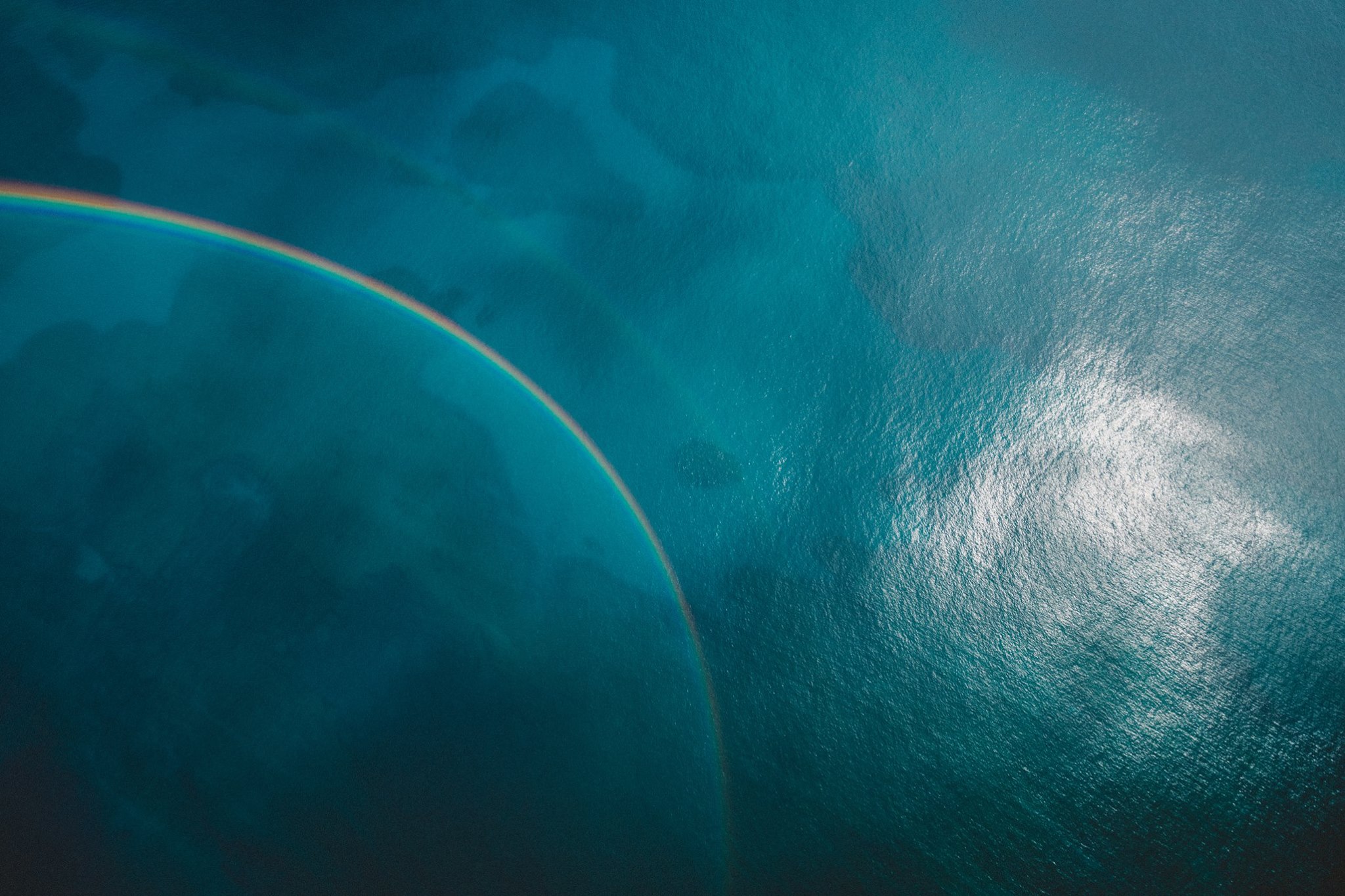 The destruction of Atlantis including a global cleansing, and a parallel life going on simultaneously to this one with a city on earth being attacked by reptilian influence because of a bad call by the UN, were aspects of a #QHHT session I performed yesterday in San Antonio, Texas.

The client, a volunteer, holds a very strong energy, making her a target at various times in her life for those working against the light. She has a unique ability of influence over others — brought along into each life and used for some very important soul choices (lessons) impacting her worlds.

A lot of healing took place from the information that came forth. 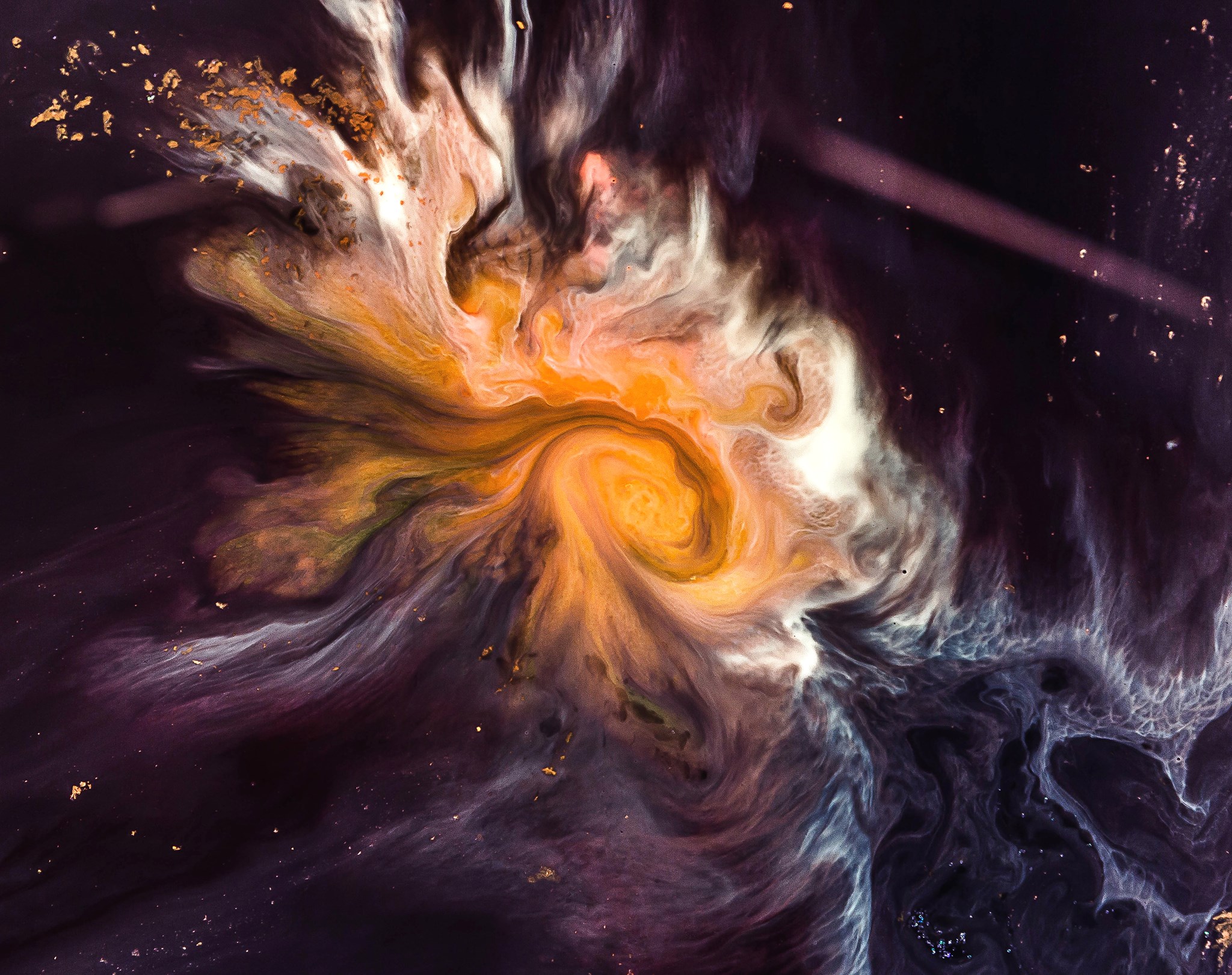 In one scene the client found herself as a blue being trying to navigate (“jump”) home in a spaceship which had lost its crew from an incident. With systems damaged and the situation deteriorating, the scene ended with the ship’s destruction. Their mission was to collect artifacts and samples from planets, some of which appeared in lives that came through during this session, including a possible Aztec or Mayan life.

One of the primary messages coming out of this regression was that we can lead what may be perceived as a simple life, yet learn so much on a soul level, as well as impact those around us much more greatly than we may realize. 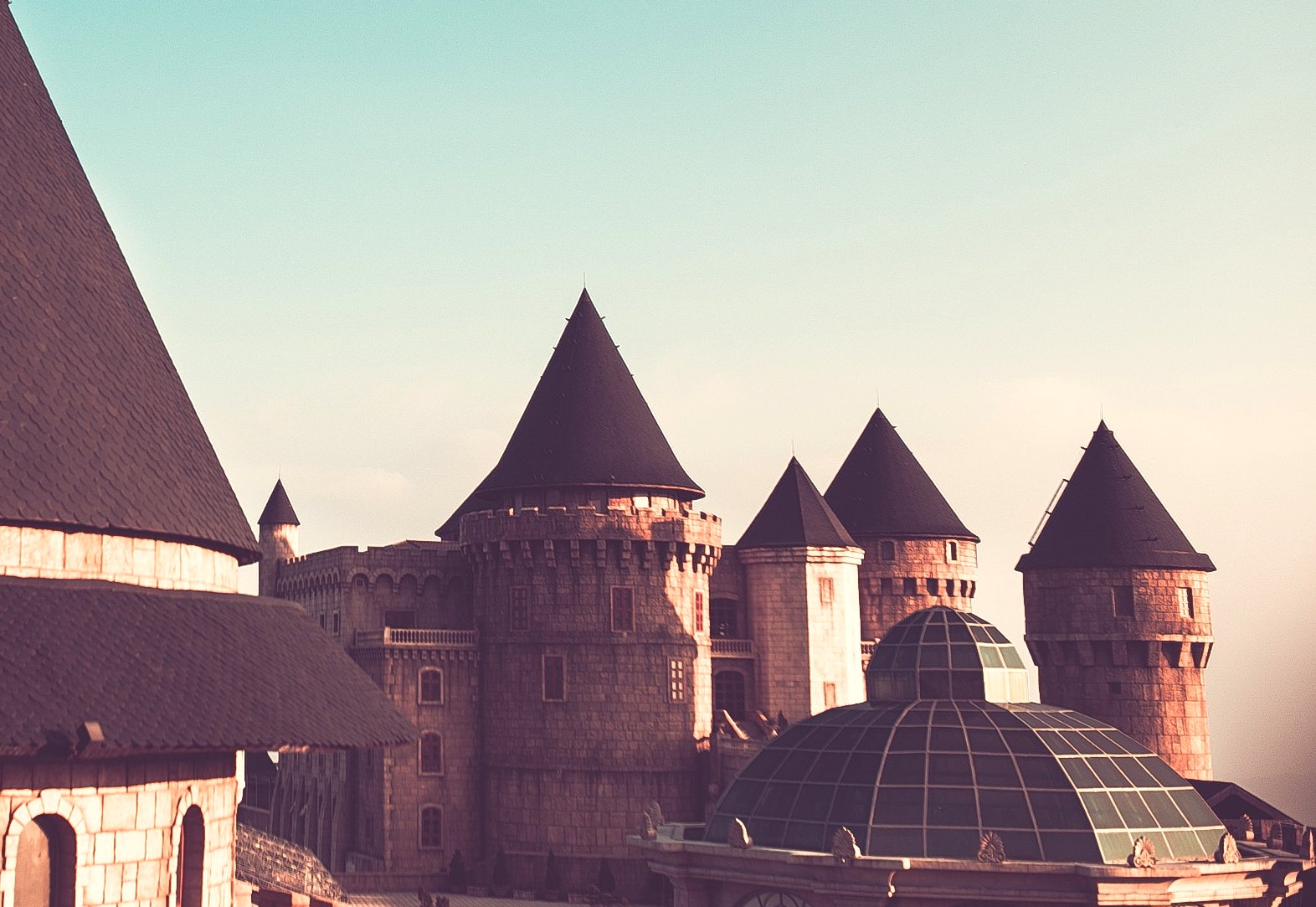 With a QHHT (past life regression) session I conducted the other day, my client was shown a parallel life occurring simultaneously to this one.

Two important aspects stood out, one was that the shift in consciousness was getting more fully underway, and the people in a middle ages type of town were being informed about the types of changes to expect, and these changes reflected back to what is going on in our timeline.

The second aspect was how the parallel life fitted into the client’s current life, as while the lives being lived were very different, they were also very similar; both lives were aligned, each contributing through the timelines to assist in the paths planned out. If we are more successfully succeeding with our soul contract in life, or even doing better than what we had planned, that can help all those other parallel lives and vice versa.

This would be a good one to transcribe sometime, as it did bring up some fascinating points around the shift, from another world/reality. The life review was also an important part of this session, as before talking to higher self the client was taken directly to a space where the life was discussed, which included how it related to the current life — I always enjoy the in-between moments in relation to Earth life. While the life was parallel, time wasn’t a factor, as it was lived out and reviewed, all while this life is still going on.