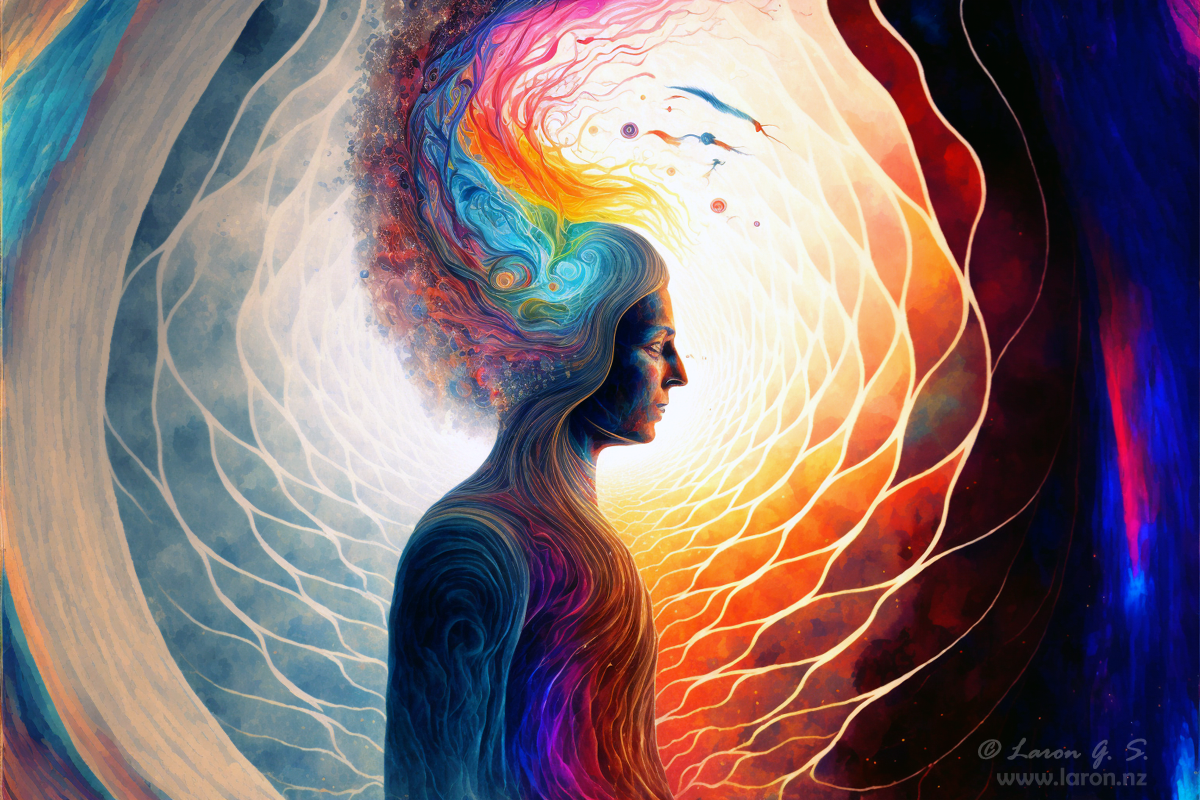 Aquatic Life of Eons & End of Our Universe | Hypnosis Regression

My most recent online past life regression session I facilitated was with an emergency room doctor and osteopath in North America. I’ll be sharing this one as audio on my YouTube channel at some point. Some of her questions and intentions for the session related to her decline in health in earlier years, the roles certain family members played in her life including the reasons they keep coming together in past lives, moving into a new medical field, and she wanted more information on something that came up in another regression session.

“It’s a beautiful meadow, the light is golden. There’s one goddess and one god. My feet are pretty big, they look almost more like hands because the thumb — toe — is quite large and sticks out to the side. I’m all kinda long and look like an aquatic being. My arms look more like wings. There are some hand like hands at the end. I can be in the water and I can fly.”

She had on equipment because of a ‘mission’ she was on. She found she was a male and was called T’lesh. There was a celebratory meeting going on with three groups, as more of her people came and a third group arrived in a spaceship in coming down from the sky.

This was taking place on another planet, a very long time ago. The beings on the ship only visited after eons had passed. The gods were immortal, and her people were able to live a very long time, as later on in the session I took her to her last day, and that was when the universe ended along with her life.

The three groups came together and started communicating in a very unique way. There were different forms of communication and it was occurring all at once. They had the ability to use time differently to humans, as they understood it differently. I  explored this time factor in detail.

They would share memories from past lives as well as memories from what had gone on, on that planet over the years. There was also the sharing of lessons learnt based on events in the past, in relation to emotional like events that human’s would have, and the spiritual learnings from that. This was important as it helped the other beings learn and also grow.

After the information sharing took place, they began to discuss the plans to terraform the planet to support different types of life, so that souls/consciousness could have a larger variety of experiences. I explored this to find out who made this decision and why, from both the physical reality and the spiritual (spirt world and beyond).

After obtaining lots of information on this process of the planet supporting different life, a lot of time had already passed and we went to her last day as this being.

“I get all things must come to an end,” is what she said when describing the universe coming to an end. I explored this in more detail and how it took place. Her role after leaving this body and universe, was to help souls make choices of where to go for spiritual growth, such as other physical or non-physical bodies.

But what really interested me was what took place after this universe finished, as that meant that all that consciousness and individual soul life could no longer inhabit anything in our universe for growth. I learnt that another universe was created, but it was very different to our own and existed at a higher dimensional level. This meant different physics/laws/rules around how things worked.

We also learnt that she could tap into this new universe from our current one, for information but also for other reasons such as healing and/or spiritual growth and insight. So this new universe was accessible across (and through) time.

The topic of what her higher self is and what the source of everything was also covered near the end as I got into the questions she’d brought in after connecting her to her higher self.

When connecting to her higher self for the trance state, I first asked her what it felt like. “I feel my higher self landing in me, I feel it landing in me more concretely, having done all this contemplating, understanding, expanding of my capacities to understand all of what I have done, it just lands more comfy, more easily, more readily available to me. It feels like more concrete. I can feel it all the time. It’s not something out there, far away — it’s just right in here, all the time.”

I asked higher self why it was important to visit that experience as the aquatic being. “It’s come up as a way to show expanded possibilities, infinite possibilities. Lifetimes are that long. They can be simultaneous (her aquatic life mentioned above is one going on now). There’s so much capacity out there. That being was concrete enough for a human being to be able to imagine, yet abstract and capable enough for it to seem unimaginably powerful and capable as it was, and yet there’s even far more capacity out there so it’s a step in a direction of understanding that, a really big step in that direction of understanding that and making it much more possible, making abstract concepts seen and become very real.”

I then asked how will that help her in her current life. “She will be able to help herself and her family tap into that awareness and into that stuff that is squeezed through from the other universe, that manifestation stuff. It will just be way easier for her to live that and demonstrate that, and talk about that. So she will in effect become a portal, for which that healing and energy comes through, because she’ll have the capacity to tap into it herself, just much more easily.