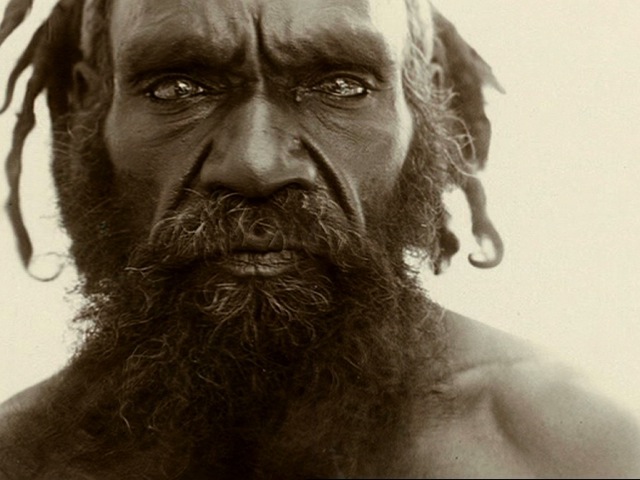 An Aboriginal story of the Big Foot and the Little Foot: Here’s some notes from a past life regression session I conducted with a client a couple of days ago that includes an Aboriginal story relevant to our world just now (parents are taking on a heavy burden with important decisions to be made).

My QHHT client is married with children in Australia, who’s originally from South Africa. After two lives she found herself as an Australian aboriginal who was training to be an elder. At age 44 he was walking on red sand with a friend. They were out hunting for their people, carrying wooden spears and talking about the day of reconciliation. Eventually they trapped a wild boar near a body of water and returned to camp.

Elders gathered around a fire and the rest sat in a specific order. Discussion was around the many altercations they had had with the white man. A wise one appeared and advised the elders to reconcile with the white man, even though they had been hurting their people. But it was a difficult situation as the white man didn’t understand their language.

The wise man told them, “We need to keep our ways, but we have to make amends and we are scared because they have guns that hurt our people. They don’t understand our ways and we need to teach them our way. We need to reconcile. We need to find peace and a way to live in harmony or else we will all be destroyed. We cannot live like this.”

They were sad that their life had come to this, but there was no other way forward because their people were not warriors, they are “mystical beings of the land” and the white man didn’t see it.

[Note that there was a lot of discussion and detail in this life that I have left out to make this as short as possible.]

Two years later the white people came. They killed a number of their people and the group had to split up and hide. They eventually left the area. The client’s avatar lost a son, leaving another son and a daughter. For many moons (3 months I found out later) they followed a river that flowed north.

They found a cave which had a lot of greenery outside. They then thought about the lost souls and how life was just so perfect before the white people came.

The big foot knew that it was his burden to take, to lighten the load for little foot, so that little foot could run free.

And it came to pass that when it was time little foot had grown into a big foot to take the load of big foot, to lighten the load, to share the load — allowing the sharing of the loads — not to overburden little foot during his growth. To allow the little foot to grow, and grow, to be free. To come back and take on some of the load.

The freedom of the eagle to soar. To go and search for their higher truth to come back and be their foot on the ground, on the earth, to share the load.”

He became one of the elders, as there were not enough of them left.

The white man never found them. They lived in peace up until his 90s. He knew he had done everything he could to provide for his family and for the supporting families who’d lost their husbands.
He kept them safe.
His son had made him proud. He assumed his role as a young elder. His friend whom he’d hunted with was still alive and would look after his son.

While lying on soft grass piled into a bed in the bush, he felt the space was very peaceful. He gazed up at the stars above the Australian desert, while thankful, and took his last breathe. “I want to see the stars when I pass. I want to be able to just see the Milky Way, all the galaxies. My spirit and soul will roam the Earth in support of my son. I will always guide him. I am content, at peace.”

Higher self later said that the main reason for the Aboriginal life appearing was to hear about the story of the big foot and the little foot.

My client’s father was part of the reconciliation team of freeing Nelson Mandela so he could get out of prison. She mentioned that her grandfather, who was part of the mounted Rhodesian police force. He rode out to villages and slept in the bush.

My client came with a list of questions that she had answered by higher self. She had a recent injury which we found out about (the reason for it), and I asked for healing. The past lives, including the Aboriginal life, were discussed so that we could learn why they came up. It was all explained.

Note that I am available for online past life regression sessions. Contact me for more information. You can find my journal that has summaries of former sessions and full transcripts here, and a full list of transcribed sessions here.

Session information shared with permission from the client.