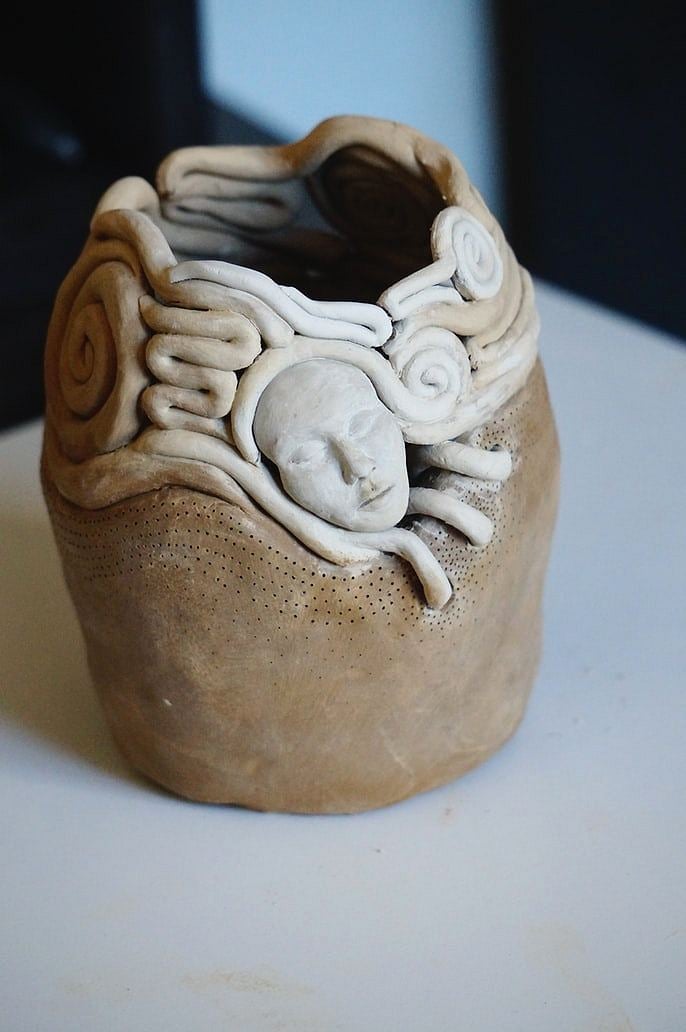 The Hell Realm & Influence of the Dark – QHHT Session Summary

My QHHT client in Mexico just had quite the empowering past life regression session with me. While health issues including cancer were addressed and healed by higher self, what stood out to me was the first scene where she found herself in a realm associated with hell — not what you’d typically expect.

The 12 foot horned being that she was presenting a clay vase full of dark energy to, was not the dark devil you may have expected, but a high vibrational soul doing good by helping to greet souls who’ve delved into the dark too far.

The contents of the client’s container was associated with karmic energy that she had collected, helping to eradicate it from the universe.

Tired from dealing with the dark for so long, the horned male attempted to help the souls see their wrong doings and choices which lead them down a denser path. It was basically a life review as per what we know from regulars soul experiences in the spirit world.

I asked the difficult questions and learnt a lot, which I’ll either share within a book or video session in the future.

In a past life she found herself strapped to a chair with a variety of gadgets attached to her. This had multidimensional repercussions, as what was taking place was occurring to many souls and spread out over past and future lives.

The intentions of those involved were to create emotional and mental scarcity, disconnecting people from the heart space, leading them down a lower vibrational path. This has been going on throughout known history and occurring to many souls in different forms, as other species of ETs were mentioned.

Artificial intelligence is connected into how they are sending people down this path. The session had a lot of detail around this, along with soul fragmentation, including how to heal.

Higherself came through early in the session and was the main source I interacted with during most of it. The connection was strong as I found the answers to the questions she’d come to me with as we deep dived into many interesting topics.

I’m available for hypnotherapy regression sessions online and in person, here in Nelson, New Zealand. Contact me for any inquiries.