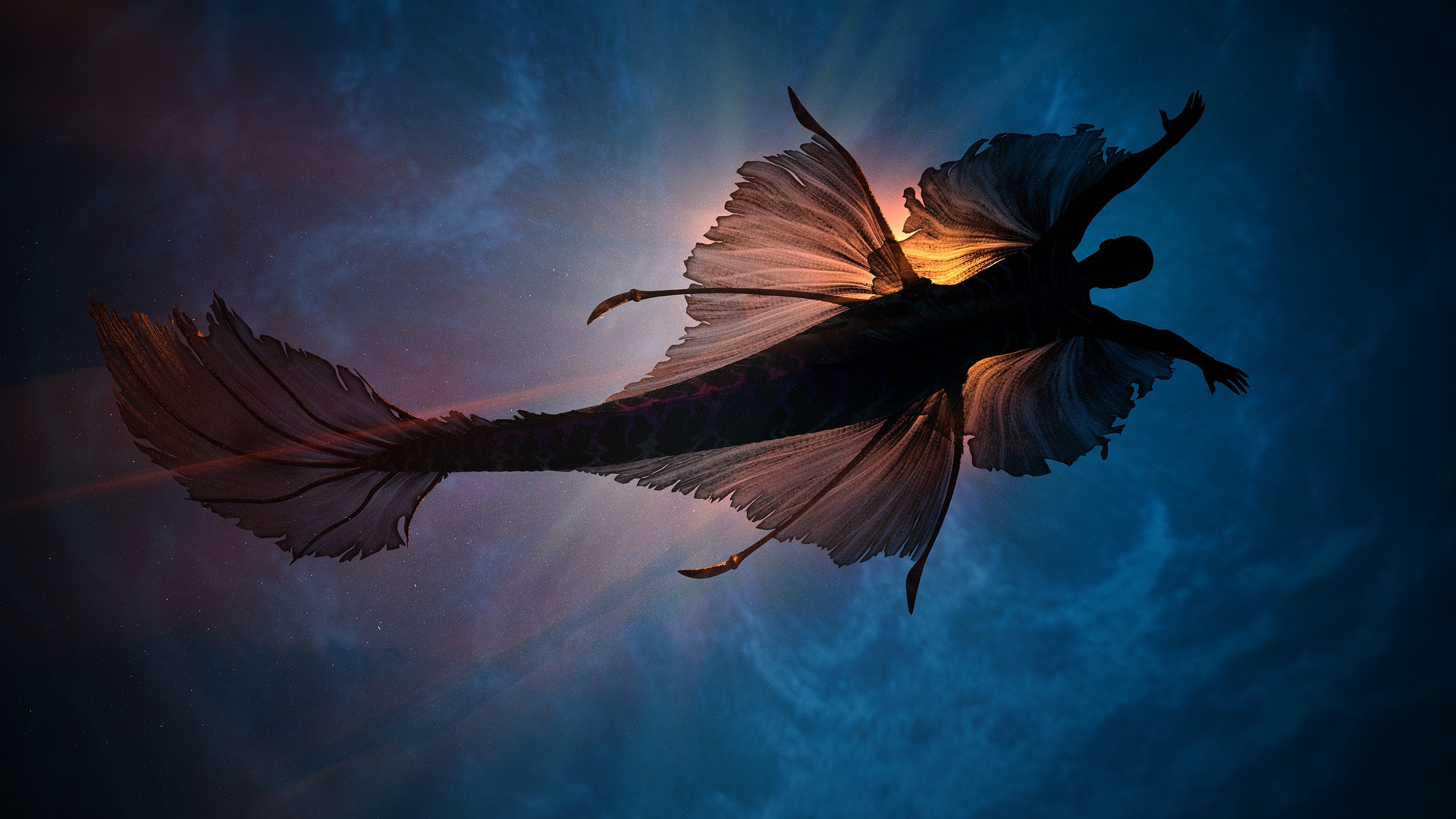 Two days ago my past life regression (QHHT) client — who’s in her 70s and is retired — here in New Zealand, found herself under the ocean. At first it was a bit disorienting as she saw mermaid like creatures; she then realised she was one of them.

Thousands of years ago these beings lived in an underwater city. They communicated with telepathy and had structures that they lived in, some with no water inside, and crafts for transport.

Her telepathic ability was stronger than others and her role was as a messenger. She had a friend on land which she communicated with to receive important messages.

Later on a war broke out between her people with some of those that lived on the land. Her last day was with her family as explosions erupted around them in their watery home.

The life linked into other lives including her current one which had an astrological connection. Her telepathic ability was something she’d used in her life back in the room, but the sessions helped her to strengthen it. Higher self later said she can now use this ability to connect to higher ET beings that will help her to ascend, resolve health problems and many other things.

I’ve personally had a past life as a mermaid and had clients who’ve had a similar experience in their past lives. It’s always interesting to get more information on how life is as these beings.

Next up was a life around the 1700s. Her partner and their three children lived on a farm with many animals. She grew herbs and used them, along with other plants, to help heal people. However, the church came and arrested her, labelled her as a witch, locked her up and she never saw her family again.

While imprisoned she was tortured for many years. Eventually her body succumbed to the torture and she passed.

In her current life she’d been afraid to speak out and help others as a healer. Throughout her life she had chosen to do main stream work and hadn’t delved into helping others. This treatment from the past life was something she was able to let go of and heal thanks to having the memories come up. Higher self gave her advice on how she could more forward and utilise her time in regards to helping and healing others.

After seeing a dinosaur, with large feet that didn’t require shoes/boots, and wearing fine metal armour, she came to understand she was a male scout for an army that was nearby. His people were extra-large and lived to around the age of two hundred. He was about 150 at the time. Their mission was to attack a village.

Sometime later he was in their city on guard duty. High walls stopped dinosaurs roaming in. Large hot balls were being fired from an enemy outside the walls as he stood guard. They had devices and contraptions she was not familiar with. He rushed to his family and then they headed to a type of church building.

During the invasion, some were killed and the rest were enslaved, including himself and his family. They were controlled by reptilians and worshipped them without knowing, as the reptilian leader was one. After passing from that life, she found herself having to bow down with a group of others in front of a statue in the afterlife. It was of a reptilian warrior. Their influence was so engrained in her that she didn’t know any better.

Her higher self explained that she’d become trapped in a series of lives where the controllers (reptilians) heavily influenced the experiences she’d had in her incarnations. While no longer under their rule because she’d grown enough spiritually over her past lives, she was still aware of their influence in the world and how many were oblivious to their presence and global manipulation. Earlier in her current life she escaped from a religious cult that the reptilians controlled.

After answering questions about her initial past lives, higher self addressed her personal questions and attended to the health issues she had.