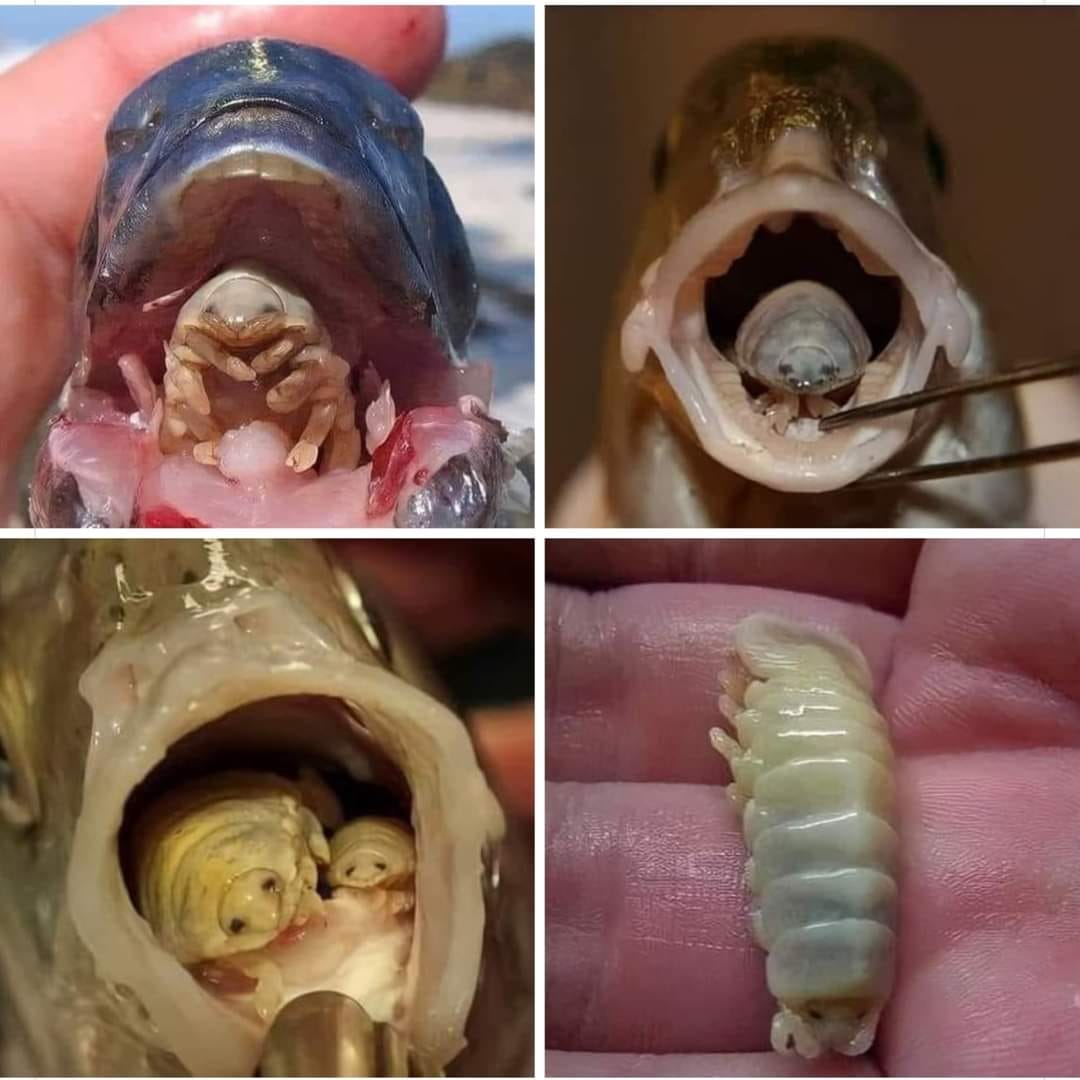 This image above depicts tongue-eating louse — a parasite. The male attaches to the gill arches beneath the female, where the female attaches itself to the tongue. The blood vessels in the tongue are severed so it falls off. The louse becomes the fish’s new tongue.

Every item of food the fish consumes goes to the louse. The fish becomes a container to nurture and feed the parasite until it dies of starvation. The parasite moves on at that point, to find a new victim.

Sometimes the Pederson shrimp helps out the fish by extracting the parasite and killing it immediately.

There’s energetic parasites that feed on us, which are not seen by the five sensors because they live and vibrate at different frequencies. There’s a large variety of parasites that exist beyond our third dimension and feed off of our energy, as we are multi-dimensional beings.

Our energetic system consists of the seven primary chakras, hundreds of minor energy centers, a central channel, subtle bodies that are layers around us, and a whole lot more — all existing at different frequencies, just like these parasites. These energy centers, channels and subtle bodies are the foundation of our health and are influenced by emotions and thought.

Energetic parasites are not new. This is the nature of our reality.

Negative entities can attach over multiple lifetimes, not just a period of time within a single life, which can include demonic, alien and gargoyles types. Discarnate earthbound spirits can also hang around on a regular basis, draining energy. 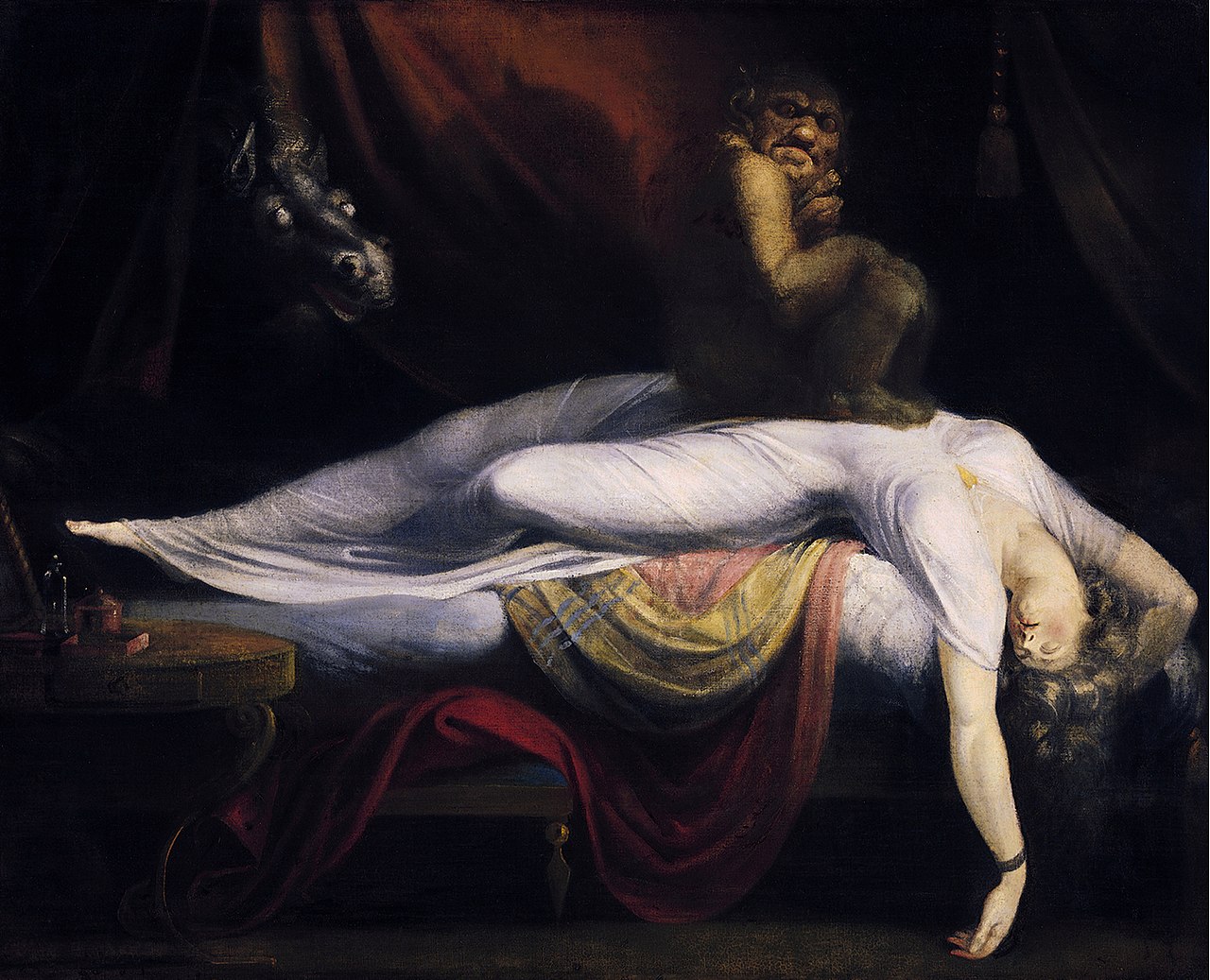 These parasites can be the cause of anxiety, depression, pains that have no physical source, negative thinking, suicidal thoughts, sleep issues, unexplained fear, rage, brain fog and even itches.

Through my work I’ve come to the conclusion that some mental health conditions, such as borderline personality disorder, are caused by these parasites, more specifically long term attachments, such as reptilians. Research is taking place in this field; in the UK psychologist Dr. Terence Palmer, with the help of Psychic Surgeon Andrew Porter, have had a focus on this.

In one of my recent QHHT sessions, I cleared an entity that was causing a block for the client so they could not reach past life memories or their higher self.

You may also be surprised to hear that parasites attack those who’ve had the C jab and that the jab makes the body become a more appropriate host for them. Myself, friends, and other colleagues help clients by clearing these away and setting up protection. This can also take place with shedding, where you encounter someone who has had the jab and the parasites then attach onto you, making you sick.

Fear is a major source of energy for these multi-dimensional parasites. When you are in a place of fear, your’ more open to them.

Removing them is only the first step as you have to psychically and practically protect yourself daily, and keep yourself in a higher vibrational state of being, otherwise they will return.

You have the choice and ability to empower yourself, which includes protection, being positive, happy, strong, and confident. There’s many things that help, including natural (common) law, as you step out of a system and become your own person, no longer enslaved and controlled. Energetically, we’re all affected, as at birth on our birth certificates we’re declared dead and lost at sea by our parents, which enables our affairs to be governed. You have a choice to make new contracts and to state that you’re a living man or woman.

We’re all powerful multidimensional beings. Eventually you will come to see that if you haven’t already.